Staying friends with a professional rival can be hard – but studies show that keeping competition friendly could be to our advantage. 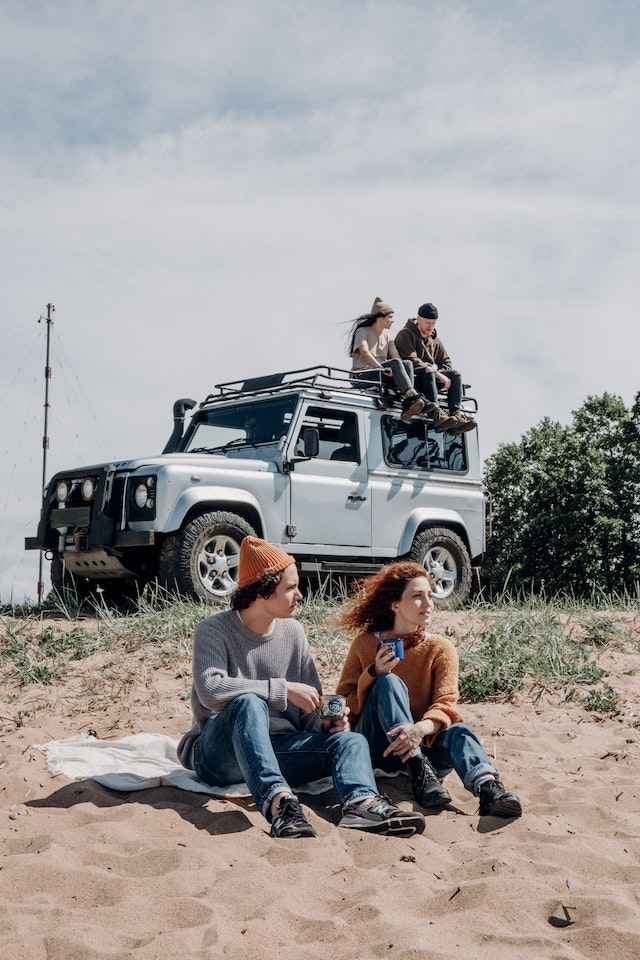 One of the most touching moments of the 2022 Wimbledon tennis championships came from the women’s semi-final match between Ons Jabeur and Tatjana Maria.

Away from the tournament, the two players are known to be close friends. Jabeur is even known as “Auntie Ons” to Maria’s children, and has spoken of her affection for her rival. “I love Tatjana so much, and her family is really amazing,” Jabeur has said.

The contest to reach the Grand Slam final did nothing to change that, with both players celebrating each other’s achievements following Jabeur’s eventual victory. “On the court, we [both] knew that we will go out and do our best, and after we knew that we were still going to be friends,” Maria said.

Building and maintaining a good friendship with a professional rival can be no easy feat. Even if you start your acquaintance on good terms, envy and jealousy caused by competition can easily sour your interactions, leading to unspoken resentments or outward conflict.

Moreover, whether that competition motivates you to perform to the best of your ability or fills you with self-doubt that hampers your success depends on your own personality and the nature of your relationship with your rival.

Although this is a relatively understudied topic, psychological studies can help us understand how rivalry influences our relationships and our performance, with some tips that could help us all remain on more cordial terms with our competitors, like Jabeur and Maria.

To a certain extent, conflicting feelings of friendship and competition between close colleagues may be unavoidable. You are simply more likely to be friends with someone who is at the same stage in their career and sharing the same experiences as you – but the sense of similarity that can bring people closer together inevitably raises the potential for social comparison.

This might not be so obvious at the start of the acquaintance. But if someone who started the job at the same time as you starts to progress more quickly, it’s natural to start asking why that might be – and whether, with a bit more effort, you might achieve greater success. 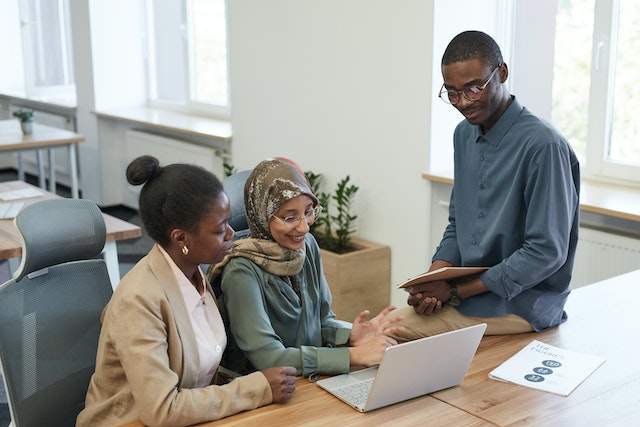 Organisational scientists have long suspected that rivalry can boost motivation, so that both parties perform at their best. It is for this reason that many companies deliberately pit colleagues against each other by ranking their performance and offering rewards to the highest achievers. But the evidence is ambiguous, according to a recent review of the psychological literature, says Christopher To, an assistant professor of human resource management at Rutgers University.

He cites one team of researchers who had asked members of a running club to name particular rivals within their group. On average, the participants reported feeling greater motivation when a rival was present, and this tended to play out in their running times – producing a 25-second advantage over a 5km race, compared to races in which a rival was not present.

Yet other research failed to find consistent benefits of competitive interactions. In some situations, inducing a sense of rivalry with someone – by highlighting a particular competitor, and asking the participant to beat them, for instance – reduced performance. In those experiments, the participants performed better without the social comparison, when they were simply told to try their best.

Christopher To suggests that there is a way to reconcile these conflicting results, however. His theory hinges on participants’ “stress appraisals”: whether they were interpreting the competition as a threat or a challenge. Multiple lines of research have shown that when we appraise a situation as a threat, we tend to feel that we do not have the resources to succeed, and we become fixated on all the bad things that might happen if we fail – such as humiliation and loss of respect. This anxiety tends to reduce both physical and mental performance.

When we see a situation as a “challenge”, in contrast, we feel more confident in our preparation and abilities to cope, and rather than thinking about failure we focus on the things to be gained from our efforts. The resulting stress response is energising rather than distracting. “It’s a question of whether the competition psychs you up or psychs you out,” To says.

Many different factors can influence whether you see competition with your rival as a challenge or a threat, including someone’s personal sense of “self-efficacy”. If you feel more confident in your ability to cope with difficulties, you are more likely to see a competition as a challenge. Your history with your rival will also make a difference. If you and your rival are evenly matched and mutually encouraging – like Jabeur and Maria, or the members of that running club – you don’t need to feel embarrassment or humiliation if you fail. In these cases, you might see the competition as a chance for each of you to shine – a mindset that is generally beneficial to performance.

If, however, you are already harbouring a few resentments about the person in question, then you might find it much harder to see the positives. Perhaps your rival is already becoming a bit more patronising and arrogant – even insulting, which makes you feel small. You may start to fear that a further success will only emphasise the growing gap in your status. The resulting sense of threat will harm your performance, and could also escalate the acrimonious feelings that you are already feeling.

In his review of the scientific literature, To found that the negative results typically occurred in situations that would promote the threat mindset, while the benefits for motivation occurred when the participants were able to see the competition as a positive challenge. 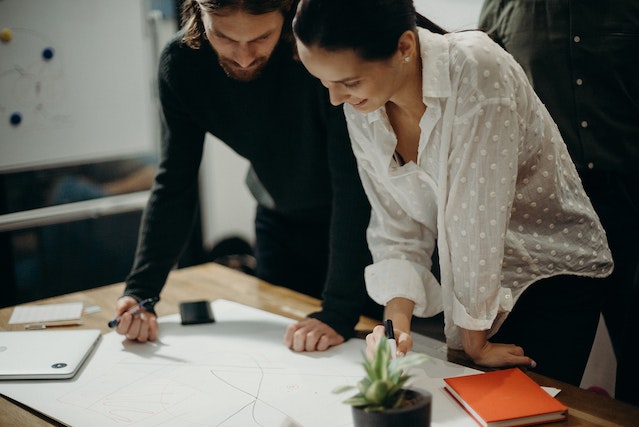 The effects of interpersonal competition on your relationship with your colleagues will necessarily depend on the personality types of the people involved.

Jabeur and Maria appear to have been able to compartmentalise their ambition on court, and their friendship off court – but people with narcissistic personalities, for example, will be much more likely to take competition personally.

People who score highly on this personality trait tend to have a sense of entitlement and a need for admiration; they are very conscious of status and are constantly comparing themselves to others. These attitudes will make them especially conscious of their acquaintances’ achievements relative to their own, and they may be less than gracious if they feel they are falling behind.

“Narcissistic individuals tend to see almost everything as being competitive in nature,” says Virgil Zeigler-Hill, a professor in the department of psychology at Oakland University, Michigan, US. “And their feelings of self-worth are really intertwined with outperforming others.”

It’s worth emphasising that not all narcissists are not all cut from the same cloth, however; there is considerable variation in the ways they view other people. Some are focused on self-protection and self-defence, says Zeigler-Hill says. In questionnaires, they are more likely to agree with statements such as “I take pleasure in the failure of my rivals”. These people may be much more likely to get nasty when they feel their status is threatened.

Others are more focused on self-promotion than taking others down. (In questionnaires, they’ll agree with statements such as “I’m great”.) They’ll still care a lot about their status, but they are generally less likely to engage in toxic behaviours within friendships.

Recognising these subtle differences might be important if you do find tensions brewing with a friend or colleague, since self-protective narcissists will be far more likely to sense rivalry in any potential comparison of performance. “You should be aware of how even mundane things might be interpreted,” warns Zeigler-Hill.

He suggests that a little ego massaging can go a long way. “If you have a friend or colleague who is really high in rivalry, and you want to maintain that relationship, you can try to find ways to show that you value them.”

If you do find yourself in direct competition with friends or colleagues, To has suggestions for making the most of the situation.

Given the work on stress appraisals, the first is to find ways to frame the opportunity as a challenge rather than a threat. You might try to see it as a chance for you to test your abilities and to achieve one of your ambitions – rather than thinking too much about the potential damage to your status and the possibility of embarrassment, if you fail.

To’s second suggestion is to “separate the people from the problem”. If we feel stressed, it’s easy to let our minds play out all kinds of horrible scenarios, which may include obsessing over the other person’s behaviour and imagining all the ways they might be sabotaging your efforts. This will not really help your chances of success and will only create feelings of rancour. “Just focus on what you can do to benefit yourself,” says To.

Finally, you should try to make sure that your own behaviour is as open and collaborative as possible. If you are applying for the same promotion as a close colleague, for example, you should be transparent about that fact. If you both keep everything above board, you are less likely to suspect each other of foul play – which will prevent your relationship from heading on a downward spiral.

When approached with tact and sensitivity, a friendly rivalry can bring out the best in everyone – as Jabeur and Maria reminded us at Wimbledon this year. Win or lose, mutual respect and admiration, and the maintenance of a mutually supportive friendship, is something to celebrate.